A Description of the ragdoll 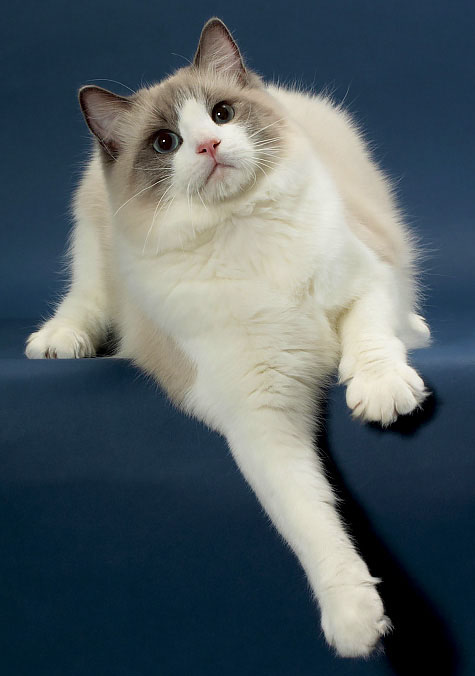 The beauty of the ragdoll is only one of their many features. Their disposition and personality are what makes them a truly unique cat. They are quiet, playful, placid, relaxed and very loving. They make a wonderful house or apartment cat. Because they adapt well to the indoors. A ragdoll should never be left outside unattended. They can be easily leash trained, however, it is recommended that they stay in the house at all times, so they don’t get a taste of the outdoors, and then try to sneak out whenever the doors are opened, especially with children in the house.

Ragdolls are docile, large and affectionate and respond well to children and other pets. Ragdolls and dogs do especially well together if the dog is well mannered. Children should be watched around a ragdoll kitten, but most ragdolls raised with children will tolerate being “lugged” around the house and be happy to be played with.

Ragdolls are slow to mature physically obtaining full maturity between 3 and 4 years of age. Altered adult males may reach 15 to 20 pounds; females will weigh about 5 pounds less.

The ragdolls fur is rabbit-like, medium long with little shedding. Remember, all animals, including humans do shed their fur, so expect some shedding in the spring and fall. What is nice about the ragdoll fur is that it is very easy to pick up. It is so soft that it just sits on top of the surface instead of working its way into fabric and is therefore easy to pick up. Just a damp hand, or rag will lift most hair off your clothes. The ragdoll requires little or no routine grooming. During shedding season, be sure to watch for some tangles under the armpits in some ragdolls. All pointed ragdolls have beautiful blue eyes.

The only ragdolls that are accepted in the written ragdoll standard in all major associations are blue-eyed pointed ragdolls. 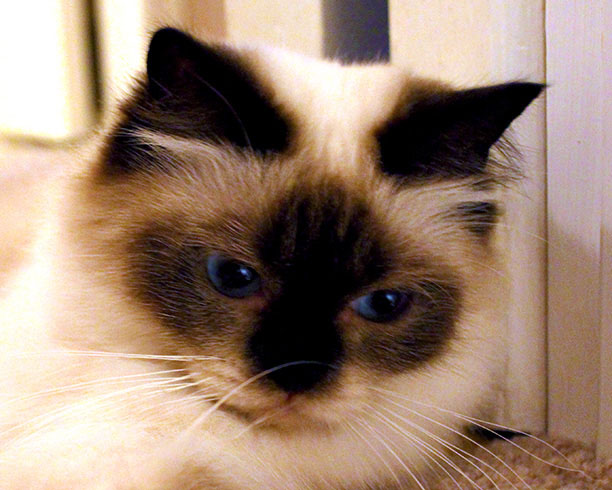 Ragdolls are commonly described as large, fluffy, floppy cats with broad chests and large blue eyes. The male ragdoll can reach over 20 pounds in weight, making them one of the largest breeds of domestic cat. The females are usually a little smaller than the males, weighing between 10 and 15 pounds. They are very slow to mature (size and color-wise), so it takes about two years for them to attain their full coat and color.  They continue to grow for 3-4 years.

Most all ragdoll kittens are born completely white and start developing color one to two weeks after birth and continue developing color until 2 years of age!  The 'Mink' Ragdolls are born with color that just gets deeper as the kittens get older and some Minks can be known as Solid Ragdolls.

The fur on ragdolls is very unique - it doesn't tend to mat like other long-haired breeds, although they can still use an occasional brushing (maybe 3 or 4 times a month). The texture is very soft, like rabbit fur, and it sheds very little; therefore, they rarely have hairballs.  Mink ragdolls' fur is even softer than Traditional Ragdolls.

Most ragdolls are "pointed" cats, meaning deeper color shows up in standard points on the body (ears, nose/mask, tail, and feet). There are three standard patterns (colorpoint, mitted, and bicolor) and six official colors (seal, blue, chocolate, lilac, red (flame) and cream) can come in any combination of these colors and patterns. 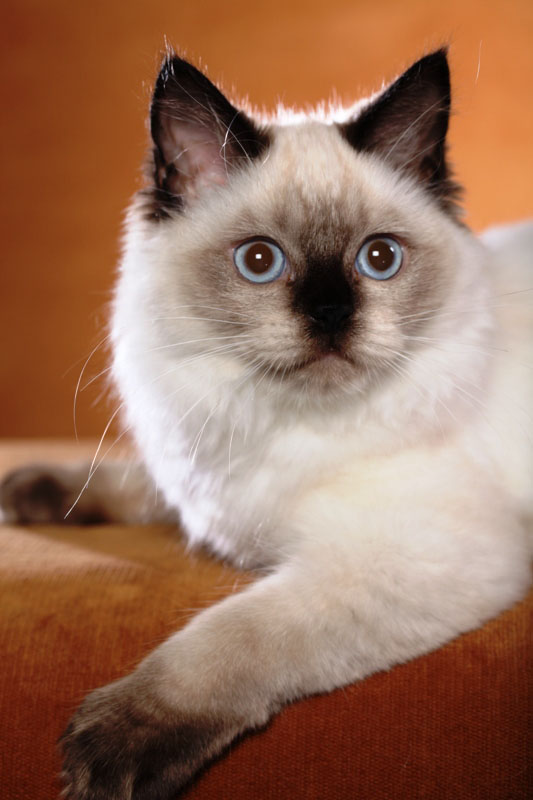 A colorpoint has dark points, with a lighter shade on the body. They have no white markings.

A mitted has the same points as the colorpoint, with the exception of having pure white "mitts" on the front paws and "boots" on the back legs, as well as a stripe of white fur on the underside, from the under-edge of the chin, along belly, to base of tail.

A bicolor has dark pointed ears, mask, and tail (like the colorpoint), but it has a pink nose and an upside-down "V" shape of white over the nose (in the mask).  The body color forms a saddle shape on its back, and the remainder of the cat is white. This one has the most white of all the patterns.

A kitten that ends up with two mitted genes is called high mitted which looks just like a bicolor on the outside but is different genetically, so it is not a "true" bicolor.

A tortie point has random "patches" of the point color along with swirls of cream or red. They may or may not be mitted or bicolor. The tortie pattern only shows up in females but can be "carried" by males.

A lynx point has tabby markings mixed in with the colorpoint, mitted, or bicolor pattern. 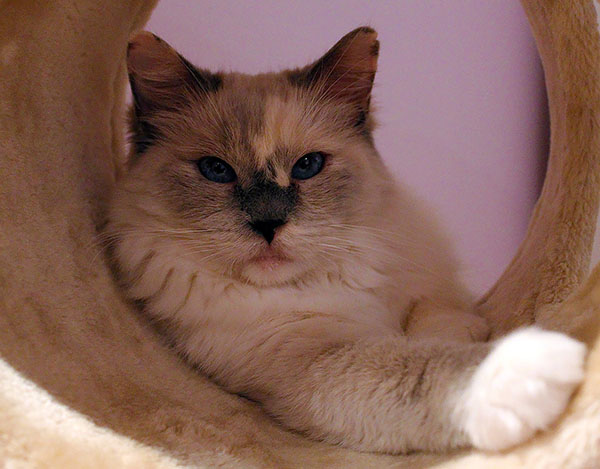 A chocolate point is a "dilute" version of seal (the recessive); it has milk chocolate-colored points and an ivory color body.

A blue point has dark gray/blue points, with a frosty light-gray/silvery body color.

A lilac point is the "dilute" version of the blue (the recessive); it has pinkish-gray points, with a frosty white body color.

A flame point has dark orange points and a white body.

A cream point is the "dilute" version of the red (the recessive); it has very light orange/ivory points and a white body.

A seal tortie has cream swirled in with the seal point color, showing "patches" of seal or blue rather than solid on the points.

A blue tortie has cream swirled in with the blue point color.

*In addition to the above are the very rare varieties of 'Minks', which can come in any of the Patterns &/or Colors above.  Minks have a slightly plusher coat and a warmer, rich coloring than traditional ragdolls.  Minks also have Aqua (sea blue/green) eyes.